English Language Lab: Why is it important for Indian schools and colleges?

Students who don’t have English as their mother tongue face a hard time to carry a conversation in English. Even if they do, they are not fluent enough for a certain standard. This is a major concern in India where students come from different cultural backgrounds with different mother tongues that have great MTI impact in their speech. 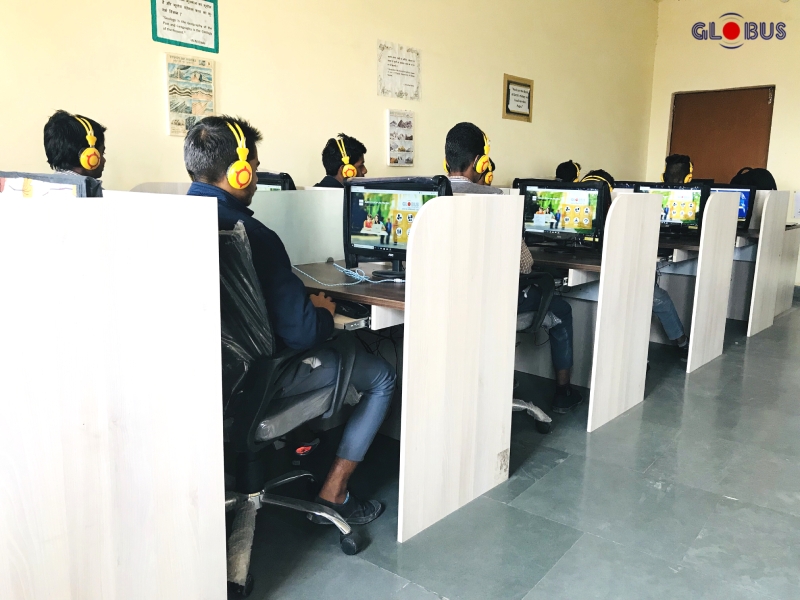 Why English is an Important Language?

According to the British Council, by 2020 around 2 billion people will be studying English as their second language. This makes learning English not just an option but a necessity of today’s time, to match your pace with the dynamics of the world.

Also, English is a dominant business language for many companies around the world. It has become mandatory for people to speak English if they want to be a part of a global workforce. The majority of the business communication takes place in English and several International firms expect their employees to be fluent in English.

Hence to have an impressive career trajectory, one needs to imbibe English in their system right from a young age. This can happen only if they are exposed to English as their second language right from their school days. Now, the onus lies with the educational institutes to train their students not only in specific skills but also in written and spoken English.

This can be made possible by incorporating English Language Lab into the curriculum for comprehensive language training. 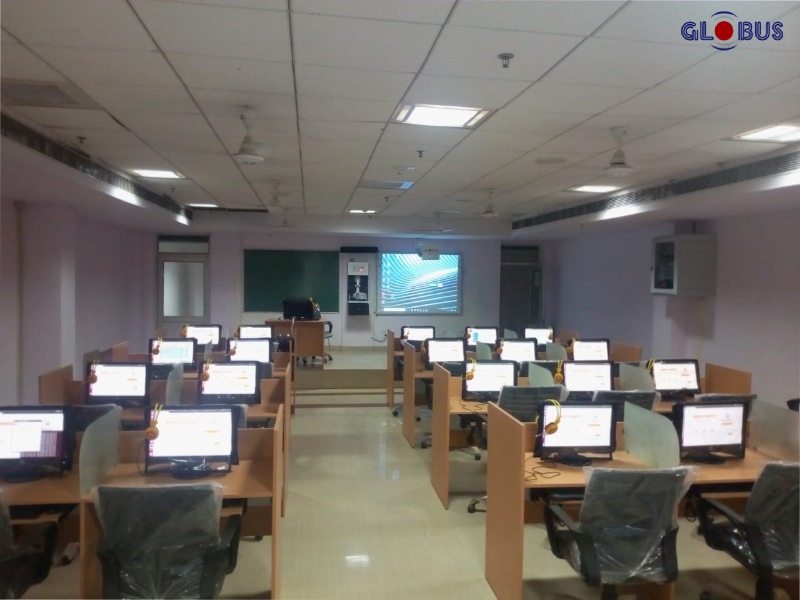 What is an English Language Lab?

Language Lab is an audio-visual installation used to teach a foreign language with modern teaching methods. The installation involves multimedia computers for teachers and students, a digital teaching system, headphones with microphone and elaborate language software. English Language Lab, as the name suggests, is a digitally-equipped installation for teaching English.

An English Language Lab offers a result-oriented approached to improve the English of students with a number of interactive exercises. Students can enhance their proficiency in English by sharing their progress, engage in group discussions, perform the audio-visual exercises and monitor their growth. The English Language software is based on LSRW, which are the four basic principles of mastering a foreign language. The entire course is designed as per the CEFR standards to ensure that Indian students learn English as per the International norms.

Despite being a technologically-equipped tool, an English Language Lab doesn’t rule out the role of a teacher. In fact, it enhances a teacher’s participation in a student’s growth. With the help of the Language Lab software, the teacher can monitor each student’s growth pattern and assign them tests accordingly. This can also help them pay more attention to weak or shy students without disrupting the course of the entire classroom.

Owing to its number of features and result-oriented approach, the Indian government has of great support to the English Language program across the country for the urban as well as rural educational institutes. Many schools and colleges are conducting English Language lessons in the lab and have noticed positive results in students. This model has proven to be very beneficial for rural schools since the students don’t get enough opportunities to explore a foreign language.

With the advanced hardware and interactive English Language software, a Language Lab integrates the role of a teacher and software in teaching a foreign language. It divides the lessons into two parts; Instructor-Led Training and Computer-Based Training. In the ILT (Instructor-Led Training) the teacher can explain language lessons to the students with the help of the preset audiovisual methods. On the other hand, the CBT (Computer-Based Training) relies strictly on the audiobooks and the software-based exercises. With this, both traditional and modern educational methods can co-exist

There are several other advantages of an English Language Lab, some of which are mentioned below.

Each lesson of the English Language Lab is in an audio-visual format, which is much more engaging and interactive than the traditional pen and paper course modules. The step-by-step audio guidance from the computer or teacher gives students clarity on how to pronounce the English words.

Mother Tongue Influence or Indianism is a common phenomenon to be seen in Indian students. Due to different mother tongues, some people pronounce English words in a slightly different manner. This is known as Indianism. However, in the case of the English Language Lab, the pronunciation of each word is taught with a practical approach, thus removing the mother tongue effects.

The teachers can monitor the growth of each student individually and regulate their pace accordingly. This method can help shy and hesitant students to be open about their problems with the teachers. The teacher and students can communicate with each other privately without letting the rest of the students know. This feature helps eliminate self-consciousness in students.

English Language Lab gives the students the freedom to access themselves and their English speaking skills. With the help of a microphone and headphones, they can record their own voice while speaking English and listen to it later to see the results. They can also share their recordings with the teachers and other students to gauge their speaking skills.

English Language lessons in a laboratory setup are self-paced. This means the students can progress with the curriculum as per their convenience. This eliminates the chances of a student being left out due to peer pressure. On the other hand, teachers can assess an individual’s growth and decide a further plans of action. 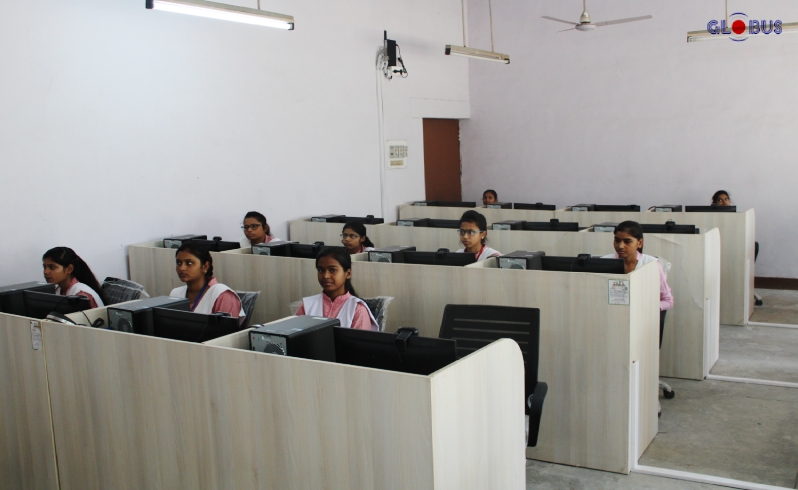 Globus English Language Lab not only provides elaborate software for language learning, but also converts an empty space into a full-fledged usable laboratory. The entire solution is completely customizable as per the users’ requirements and a number of students in the classroom. Ranging from a student’s desktop to air conditioner, Globus Infocom takes care of everything.

Globus Infocom transforms an empty space into a comprehensive English Language Lab providing the infrastructure and technology ranging from ceiling lights to air conditioners. Additionally, Globus serves as a single point of contact for after-sales support which eliminates customer’s hassles of going from one point to another for complaint redressal.

Also, Globus English Language Lab operates on the CEFR (Common European Framework of Reference) for language learning. It is an international standard for describing language ability on a six-point scale ranging from A1 to C2.

It focuses on a blended approach of learning including Computer-Based Training and Instructor-Led Training. This way, Globus has been successful in combining modern teaching methods with the traditional ones to derive a wholesome outcome.

Globus English Language Lab has been installed in many government-run schools, colleges and institutes across the country.

The government is installing English Language Labs in many schools, colleges and training institutes across the country. Owing to its multiple features and usability, the entire solution is capable of bringing positive results in students who have limited exposure to English in their day-to-day life.

posted on 1/23/2020 5:04 PM
Now a days students are showing interest in learning English through Digital, this is great initiative.

posted on 1/10/2020 11:10 AM
Not only English Language Lab but labs for different languages are important.