Capacitive and Infrared Touchscreen – What is the difference?

In this blog, we are going to read in detail about the difference between Infrared and Capacitive touch technology.

Capacitive Touch – What is it? 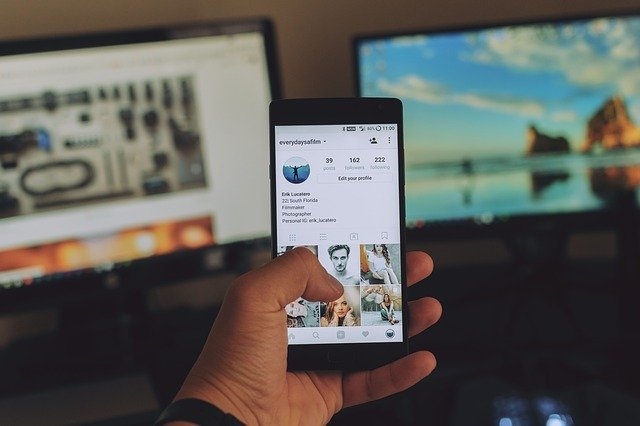 Capacitive Touch can provide up to 60 touchpoints, which allows multiple participants to use the screen simultaneously. This provides users with greater engagement and collaboration. The glass used on the Capacitive Touchscreen is tough as it needs to be maintained for better output. It is durable and rugged enough to bear the wear and tear of regular classroom usage.

Since Capacitive Touchscreens can go without bezels, they can be of great aesthetic value for your educational institute, home or business.

How does Capacitive Touchscreen work?

A capacitive touchscreen panel comprises an insulator (Glass), coated with transparent conduction like Indium tin oxide. Since human body is also a good conductor of electricity, touching the surface creates a distortion in the screen’s electrostatic field, which can be measured as a change in capacitance. Then, different technologies are deployed to determine the location of the touch. This location is sent to the controller for processing. The controller is a complementary metal-oxide-semiconductor (CMOS) application-specific integrated circuit (ASIC) chip, which sends the signals to a CMOS digital signal processor for further processing. 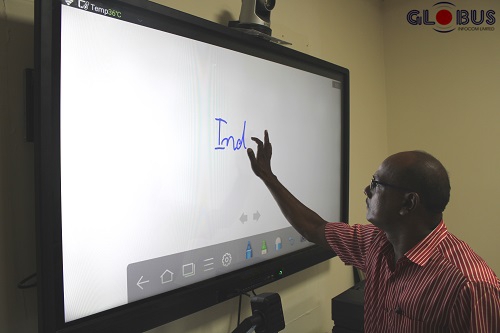 Capacitive Touchscreen cannot register touch if your finger is covered by an insulating material like wool, cotton, plastic, rubber, etc. Thus, a smartphone touchscreen doesn’t work when we use gloves.

Infrared Touch: What is it?

Infrared technology is the most commonly used technology in touchscreen devices like interactive touchscreens. The IR touchscreens identify touch by looking for interruptions in a uniform beam of light. IR screens have a grid-like arrangement of LED lights and photodetectors around the edges of the display. They are not visible to the naked eyes but these LEDs are constantly emitting light. When you touch the surface, it creates a hindrance in this light and then the device can determine where this hindrance took place. This allows the IR screen to register exact point of contact.

Since Infrared Touchscreens touch registers the hindrance in the disturbance of transmission of light, both finger and stylus can be used on such type of screens. They also offer a superior level of strength and ruggedness. Since IR touchscreens don’t require patterning on glass, they are very strong and durable.

How Does Infrared Touchscreen Work?

Infrared Touchscreen uses an array of X-Y infrared LED and photodetector pairs around the vertical and horizontal edges of the display. They can easily detect any disruption in the transmission of LED beams. The LED beams crossing each other in vertical and horizontal patterns allow the sensors to pick up the exact location of the touch. A major advantage of these types of touch is that it can detect any opaque object including a finger, gloved finger, stylus or pen.

Both Infrared and Capacitive Touchscreen are successful and are being widely used in interactive touchscreen devices around the world. However, for the large displays, IR-touch technology remains prevalent while smartphones and tablets rely on a capacitive touchscreen only.