Different Types of Digital Projectors: What are the Differences

Digital Projectors have been an indispensable part of every educational institute, auditorium, seminar hall, conference room, and office for decades. Existing in a variety of forms, digital projectors are used for multiple purposes ranging from conducting classroom lessons, conferences, meetings, seminars and even for infotainment at times. However, different areas of application require different types of digital projectors. For example, in cinema halls, high-resolution laser projectors because it requires heavy-duty performance on a very large screen. On the other hand, a simple Pico projector can make do in a small classroom of around 15 students.

In the world of projection technology, there are four main types including; DLP, LCD, LED and LCOS. DLP stands for Digital Light Processing, LCD stands for Liquid Crystal Display while LCOS means Liquid Crystal on Silicon. Also, there are laser projectors that rely on solid-state laser instead of lamp for its light source. Different types of projectors serve different types of areas of application and have a varied range in terms of price. Thus when choosing a projector, one has to be aware about their requirements and the budget they have in their mind.

In this blog post, we will discuss in details about the different types of projectors in the market, technology they use and their uses. 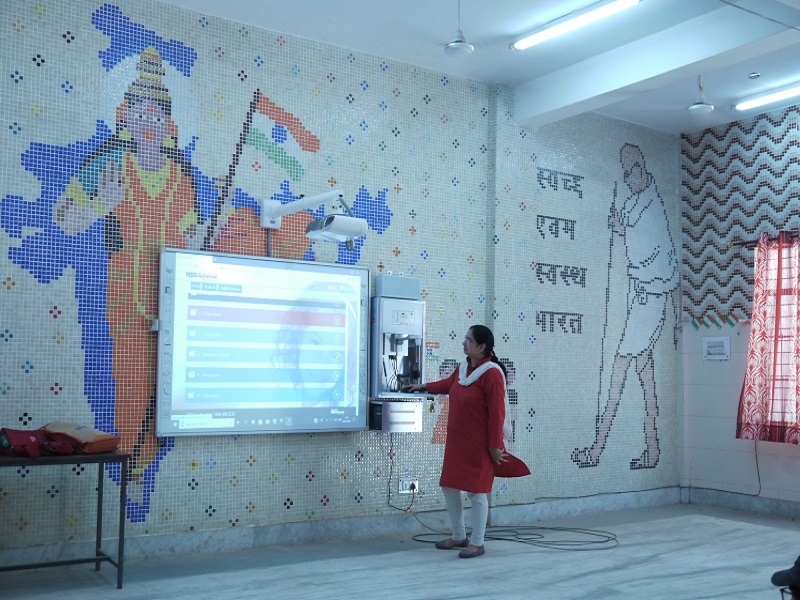 What is DLP Projector?

As we discussed above, DLP stands for Digital Light Processing Projector which makes use of tiny mirrors that reflect light towards the screen. The setup includes a physical colour wheel that spins to generate sequential colours. DLP projectors can be single-chip or three-chip with red, green and blue DLP chips.

The light output of the DLP projectors is vibrant and highly suitable for environments with ambient lightings like classrooms and conference rooms.

DLP Projector: How it Works?

DLP projector consists of a chip that is made up of millions of microscopic mirrors, each of which is capable of independent adjustment. They can move towards or away from the light source to create a light or dark pixel. To create coloured images, the colour wheel rotates in order to create coloured pixels on the screen. Thus, the colours are displayed sequentially at a high rate than an observer sees a full coloured image. Most of the systems operate at up to 10x the frame rate. 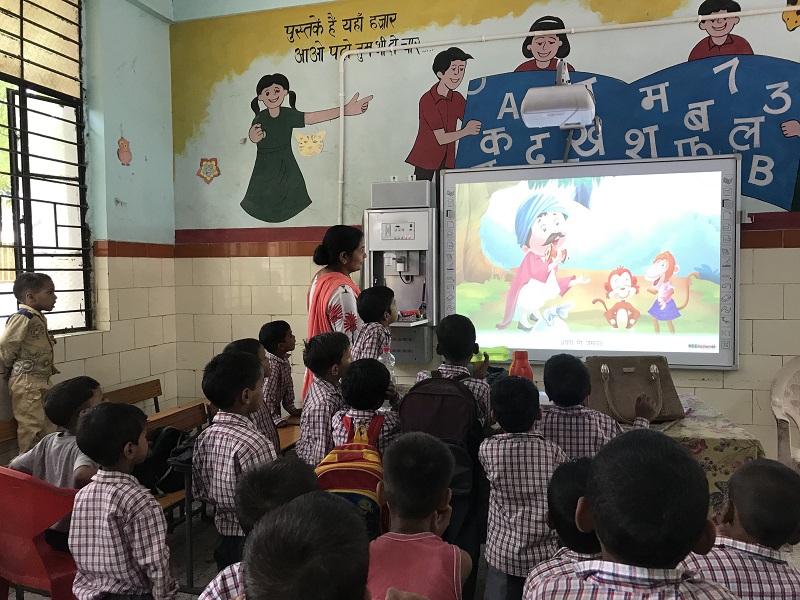 DLP Projectors are used for the following purposes in our home, school, and offices.

LED Projector: How it Work?

LED projectors use the LED lamps as it light source. LED lights work on a process called electroluminescence to produce light. In the source lamp, electricity passes through the semiconductor material that the LEDs are made up of. It allows a certain types of energy to pass through them. When an electrical energy passes through the material, it kicks off electrons that are too big to pass through. They shrink and give off protons which are the constituting particles of light.

In LED projectors, there are arrays of red, green and blue LEDs. They are arranged in combinations to give a very accurate white light. This light is then reflected on hundreds of tiny mirrors. In other words, the working of an LED projector is similar to the LCD and DLP projector except for the lamp used.

There are several advantages of using an LED projector. There is lesser sound and heat during its operation. The combination of colour LEDs results in better white light than most of the traditional lamps. This is why LED projectors have better ability to produce a wide array of colours than of the other projectors.

LED projectors find utility in almost the same place as the LCD or DLP projector does. Here are some of the most common application areas.

What are LCD Projector?

LCD or Liquid Crystal Display is another common technology used in projectors. LCD Projectors use the same liquid crystal display technology that can be found in televisions and monitors as well. An LCD Projector creates images using multiple elaborate steps. They consist of three LCD panels which cast image using the three primary colours; red, green and blue. All three of the colours are simultaneously projected so that the image is completely coloured. 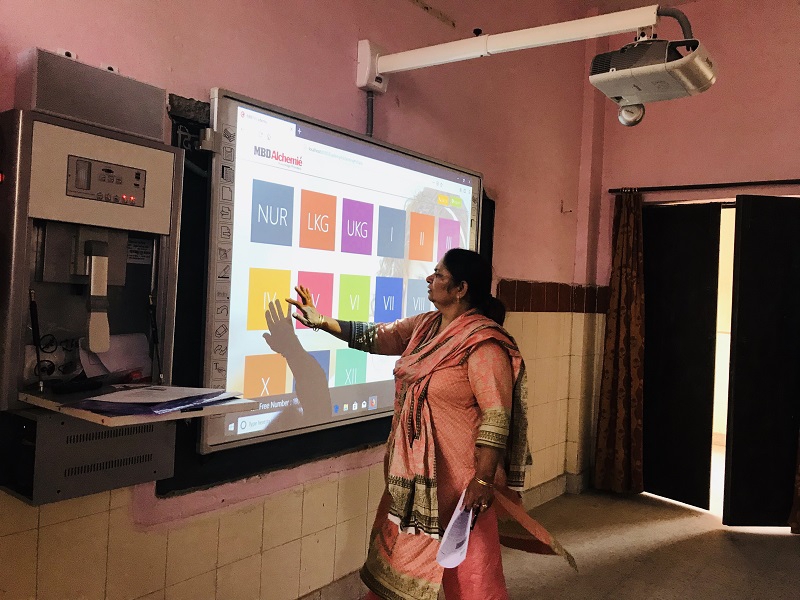 LCD Projector: How Does It Work?

LCD Projectors use three liquid crystal displays, in which an image is created through multiple steps. A light source emits a  beam of white light which is passed to three mirrors which are specially shaped to reflect only particular wavelengths of light. Each coloured light beam is sent to an LCD panel, which receives an electrical signal. The signal commands the panel on how to arrange the pixels in the display to create the image. The same image is produced on the three LCD panels, but in different colours due to the source light falling on them. These different coloured images are then combined in a prism resulting in a single coloured image. Finally, the image goes through a lens before reflecting on the projection screen.

LCD Projectors are highly used in the following areas:

CRT Projectors were commonly used technology during the early days. It deploys a small high brightness cathode ray tube (Hence the projectors are called CRT, Cathode Ray Tube projectors). The first colour CRT Projector was invented in early 1950s. In this type of projector, the red, green and blue parts of the video signal are processed and sent to the individual CRTs whose images are focused by the projector lenses to obtain the overall image. Recently, they have been replaced by other technologies like LCD Projectors, DLP Projectors, LED Projectors for their cost-effectiveness and convenience.

LCoS stands for Liquid Crystal on Silicon which is a variation of LCD technology. Just like LCD projectors, LCoS Projector split the light into red, green and blue components and direct them to three separate LCD-based imagers. However, the light first reflects off a shiny surface behind the cell array instead of simply passing through LCD cells.

How Does LCoS Projector Work?

LCoS Projectors use three LCOS chips to modulate light in red, green and blue channels each. However, unlike DLP Projector, it doesn’t have a spinning colour wheel. The LCoS technology is usually high in resolution and even higher in price.

posted on 1/26/2021 8:42 PM
i want to the best projector and price which i can use to watch football and movies or which can be used in a video

posted on 1/16/2020 11:50 AM
It's great to see projectors becoming an indispensable part of classrooms and lecture rooms.